What are National Universities?

What are National Universities?

What are the National Universities that you can apply to?

How about the academic staff?

Professors from distinguished international universities are invited to teach at the university, either by attending and teaching intensive courses or by videoconferencing, in addition to a distinguished selection of academic calibers.

Does the university provide housing for students?

The university provides distinguished hotel accommodation inside the university campus, managed by a specialized company, and has all the living requirements. The university also provides a group of cafeterias in addition to transportation to and from Cairo.

What kind of activities are there in the university?

There is a central unit at the university that takes care of all students’ summer activities (entertainment – educational – professional – community – etc.). The main task of this unit is to coordinate the various activities of students with specialists to implement those activities.

Is there health insurance?

It takes into account insurance for students and academic members against the risks of scientific experiments and transportation.

Are there any partnerships with international universities?

Do National universities prepare students for their career life?

Does the university provide medical care and health units?

There are ambulance and health units inside the university campus.

What do you need to know about GU ?

Where do I apply?

The Application can only be conducted online so that you can apply online, in the present time, on https://www.gu.edu.eg/ during the announced dates for application.

Visit the link Click here to go to the admission page to fill in the online form of the university to apply.

What are the available programs?

Who is eligible to apply?

What is the language of the instruction?

English is the language of instruction.

My secondary school certificate results are not recent. Can I still apply?

Yes, you can apply as per the admission requirements of the year if you are currently enrolled at another university and passed all the registered courses or if you completed your high school in 2019/2020.

Do you accept transfer students?

Yes, transferred students are considered for acceptance after evaluation of university transcript and courses descriptions, to join the second year in the running academic year, as per the admission rules of transfer students.To Know more about the necessary requirements Click here

3) Specialized Exam, based on the program.

When is the date for taking the admission test, and where will it be held?

It will be scheduled; the test’s date and location will be sent by email to the applicants.

What are the requirements of the Thanweya Azhari for the Application?

Overall scores equivalent to Egyptian Thanweya Amma, all religion subjects are not calculated

What are the requirements of International Certificates?

Please note that the Admission process is regulated by the Supreme Council of Universities, the government’s coordination of Thanaweya Amma and its equivalent certificates

The admission exams start from March, and registering in them is done through the university link.

Where are the admission exams held? What is their content?

The admission exams are held at the university halls and laboratories, which are prepared for hosting each type of exams. The exams test the students’ knowledge of the subjects that qualify them to join each field, and the content of the exams is focused on the basic high school subjects, general knowledge and languages ​​(English language).

Is it necessary for the students to register all the 25 wishes, even if they are only interested in joining one field, such as Medicine?

Students must register all the 25 wishes according to the Ministry of Higher Education’s decision.

For example: Students can apply through the link of the university(s) they wish to join before applying the Private and National Universities Council’s link, noting that not all the fields offered require admission exams, and the application and exam fees vary between different universities.

Do students have to pay the fees for 25 exams/ Is there a maximum or a minimum amount for the fees? Is there an authority to monitor that?

Students do not need to pay the fees for 25 exams nor apply to 5 universities or more. Whereas, there are certain indicators and factors that students can rely on, especially when applying to the top fields, such as the minimum percentages coordinated by public universities, that give an indication of the minimum admission percentage for similar fields in national and private universities. There is also another factor which is the tuition fees, which makes it easier for students to decide on universities that suit them economically.

Therefore, the admission system approved by the Minister of Higher Education is considered to be fair in terms of admission requirements to universities and also for offering flexibility in accepting Arab and foreign equivalent certificates and this system eliminates the negative aspects of the waiting lists in all National and private universities and creates transparency in the fields’ admission coordination process.

Note that all the previous procedures are carried out according to the directions of the Private and National Universities Council, and the final outputs of the above procedures are presented to them.

Tuition fees vary from one university to another, and the estimation of those expenses is left to the universities to decide according to the standards of each university separately, and no official authority in the state is allowed in deciding on the tuition fees until now.

What is the guarantee that the dates of the admission examinations will not conflict for students wishing to enroll at different universities? Is there a predetermined announced schedule for these tests?

It is not guaranteed that there will be no conflict in the dates of the exams, however as the universities will start the admission examinations in March, there will be a sufficient period of time for any student who wishes to take the exams in more than one university, and in case of having a conflict in timing between one university and another, the student can get excused for this reason from taking the exam on the scheduled date, and the university sets another suitable date, and notifies the student of it.

Are the admission exams’ fees refundable in case of rejection?

The university application and admission exams’ fees are non-refundable.

Are there similar models for these exams?

At the present time, there are no specific formats for the admission exams, as the Ministry of Higher Education is will decide the exam formats through the Knowledge Bank.

When will the timing of the admission exams be announced?

As for determining specific numbers for holders of these degrees, the university, in coordination with the Private and National Universities Council, can allocate a percentage of the admitted students at each field for Arab and foreign certificates’ holders.

Is this decision applied to credit hour sections in public universities?

Credit hour sections in public universities and others are subject to this decision.

What are the procedures referred to in section 3-3-4? Is it only related to tuition fees payments?

Students must deposit the required fees within 3 working days at the banks, and if the payment is not done, a warning will be given within 48 hours, and in case of failing to pay them and submission of the required documents at the university, the ministry is notified and the student is considered as “failed to apply” and has no right to apply in the same year.

In case that there is a problem after admission, do students have the right to withdraw their papers to apply to another university without being included in the list of suspended students?

In case that there is a problem related to admission, the type of problem and the parties involved are examined first, so that they can attempt to solve that problem.

Will this new system be applied to applicants to some international universities such as the American University and the German International University in the New Administrative Capital?

This system will only apply to private and national universities.

Hurry to apply for a promising future.

Seize the opportunity to be unique across the first-ever smart university’s campus in Egypt. 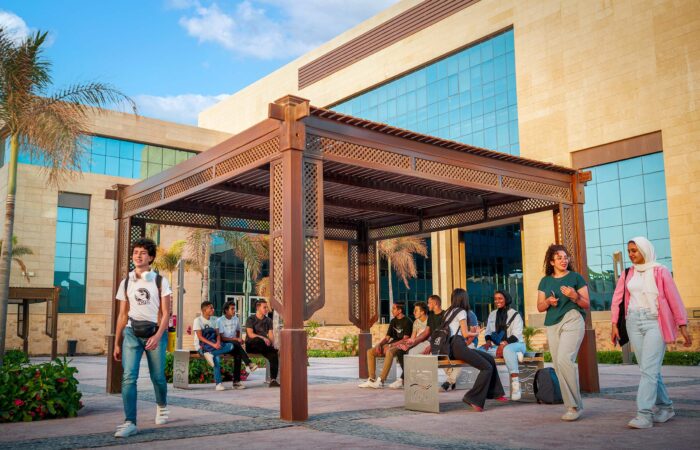